Material properties:
It is sintered at 1300 ℃
● the reflectivity of L-band and above is better than - 25dB, which meets the requirements of Q / w1215-2009 "micro discharge test method of spacecraft RF components and equipment" of China Academy of space technology for vacuum micro discharge test;
It can develop better absorbers with different frequency bands according to the user's requirements
● through the comparative test, it has been confirmed that the stability of the absorption performance of the silicon carbide absorber in the range of high and low temperature (currently tested at - 50 ℃ ~ 150 ℃ according to the user's requirements)
● the structure remains intact after liquid nitrogen
● specific gravity: 2-2.3g/cm3
● thermal conductivity: ≥ 5W / MK
● surface emissivity: 0.89 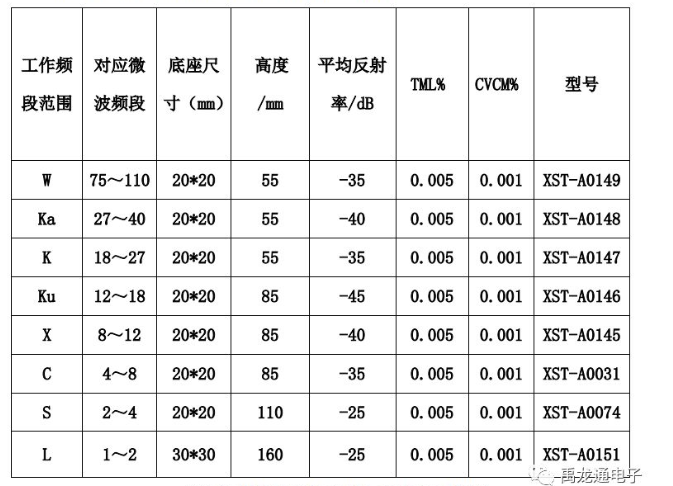 
According to qj1558-88 test method for volatilization of materials in vacuum, according to TML ≤ 1%, CVCM ≤ 0.1%, which is the standard for selection of materials allowed to be used in aerospace vacuum environment, silicon carbide absorbing materials have extremely superior vacuum applicability.


4. It is widely used in microwave darkroom, EMC darkroom, radar and microwave communication system for clutter suppression, anti electromagnetic interference and other fields.

According to gjb5239-2004 "test method of absorbing performance of RF absorbing materials", a measuring system of reflectivity of RF absorbing materials with arch method is established, which is mainly composed of arch frame, sample frame, transmitting antenna and receiving antenna, vector network analyzer and computer. The transmitting and receiving antennas of the test system are respectively installed on a section of arc frame. The center of the sample plate coincides with the center of the arc frame. High performance ram is laid around the sample bracket to reduce the background reflection. The horn antenna is installed on the arch frame, which can be moved freely and can be used in different incident angles and polarization modes. During the test, the tested parts are placed on the metal plate, tested by the transceiver antenna, collected and calculated by the corresponding test software, and finally the reflectivity test results are obtained. The performance of the test system is stable, and the results of quasi dynamic RCS system used by "standard sample" and professional test unit (207 Institute, No. 2 Institute, Ministry of space) are compared to confirm the credibility of the self built test system (see the following for details). The system can test the reflectivity of the delivered products. 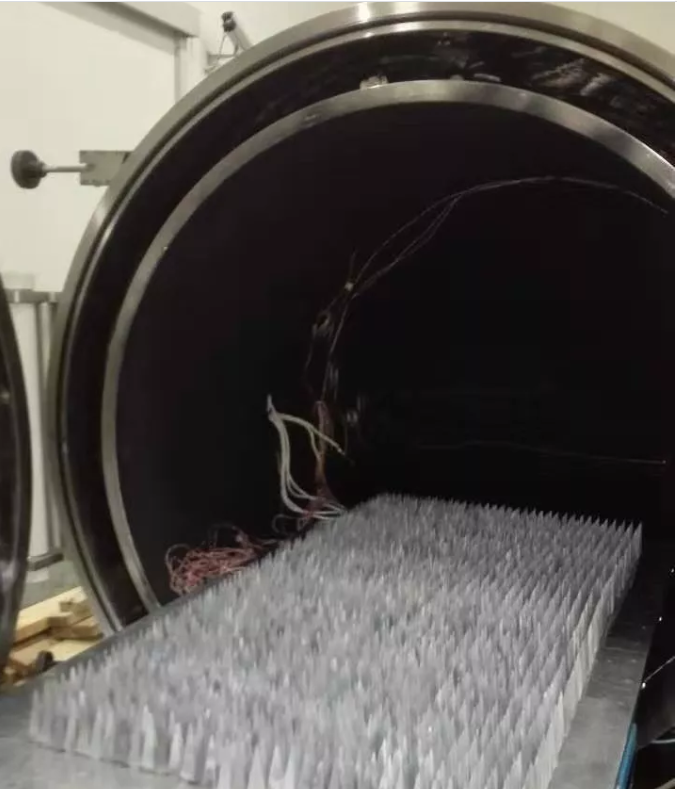 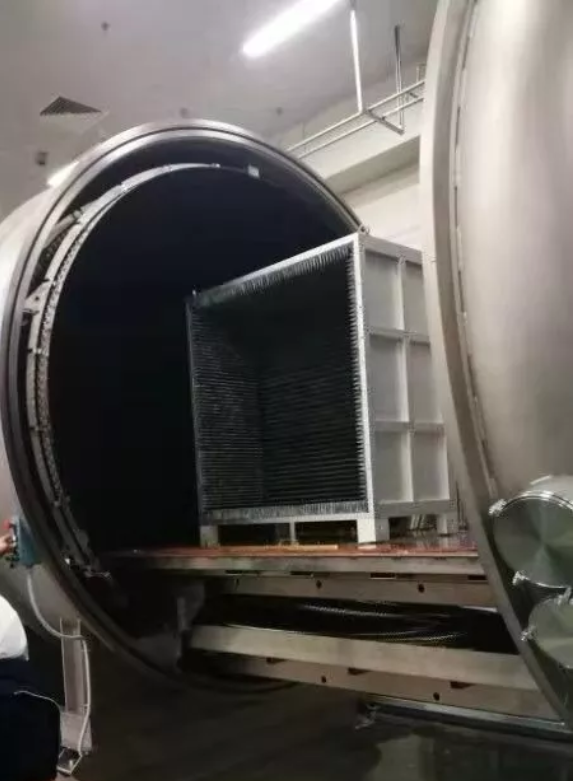 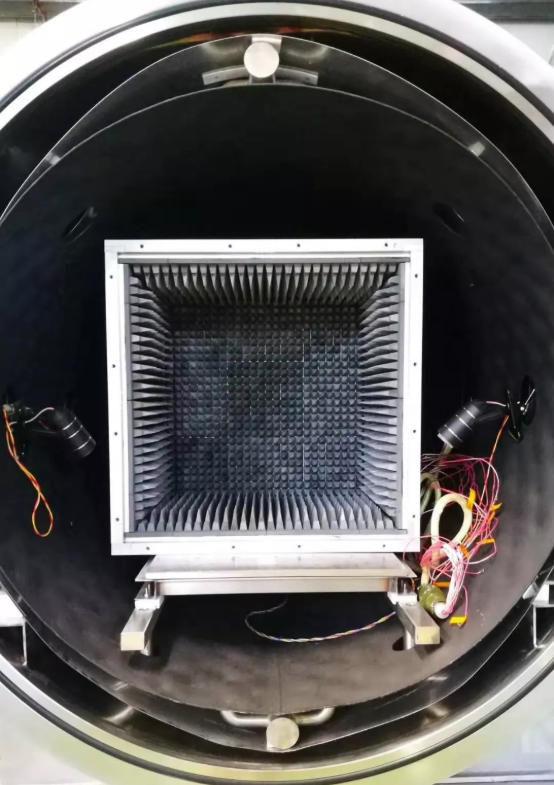 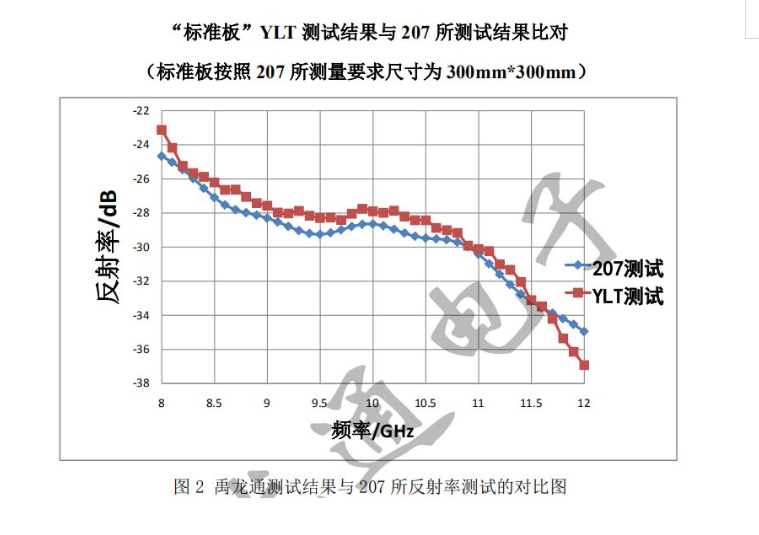